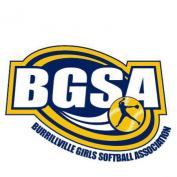 Burrillville Girls Softball is a non-profit, volunteer origination committed to providing all girls a experience that will foster positive self-esteem, individual growth and team spirit through team play. The goal of the league is for all players to learn this great game, and most importantly getting the girl out on the diamond and having fun and making life time memories.

Learn to skate and play hockey.  Ages 5-17.
Tryouts:  Beginning of September or first of October.
Season:  October to end of March.
Adults interested in participating as coaches should contact the league president.

The objective of the Burrillville Little League is to implant firmly in the youth of the community the ideals of good sportsmanship, honesty, loyalty, courage and respect for authority, so that they may be well adjusted, stronger and happier children and will grow to be decent, healthy and trustworthy adults.

Recreational, instructive basketball program for boys and girls running from November, for usually 18 weeks through March. Registration usually second week in October.  Applications are available in all town schools. Boys and girls ages 7-16.

Patriots will have programs for players and cheerleaders aged 5 through 14.